The Perfect Team
​
The Perfect Angle Pro Shop has been around since 2014.
Starting out as a stand-alone shop in Washington, business grew rapidly and what started as a hobby soon became our 2nd job.
We put extra care into getting all our customers a great fitting ball, no matter is you are a beginner or expert to the game.
Having a good fitting bowling ball is the basis for all other things that you can work on to improve your game.
​Besides custom-fitting bowling balls we also have a wide variety of bags, shoes and accessories in stock.
Come into the shop and see all that we have and all that we can order for you at no extra cost! 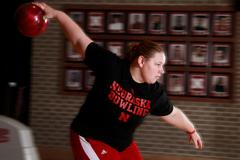 Kayla grew up in Washington, Illinois and began bowling at 18 months old. Throughout her years as a youth bowler she competed in various competitive scholarship tournaments to gain experience and knowledge of the game. This experience landed her a scholarship to the University of Nebraska – Lincoln. She bowled for the Huskers between 2009-2012 while getting a Bachelor’s Degree in Graphic Design. In 2012, her senior season, Johnson was selected as a National 1st Team All-American for the Huskers, helping them bring home a 3rd place finish at the NCAA Championships. During the NCAA Championships Johnson was also selected for the NCAA All-Tournament team.

After graduating from Nebraska in May of 2012, she moved back home to Washington, IL and took a full time job with Caterpillar. In July of 2013 she earned a spot on the 2014 Women’s Team USA. During July of the 2014 season she traveled to Puebla, Mexico to compete in the PASO Tournament for Team USA. She brought home a Silver Medal in Mixed Doubles when partnering up with Mike Fagan. In 2015 she represented Team USA in Japan as well as the Tournament of the Americas in Florida. For the 2016 and 2017 season, even though battling a wrist injury sustained in 2014, Team USA selected Johnson based on her resume.

Kayla currently works at Caterpillar in Decatur and you can find her in the pro shop most weekends. Being a USBC Bronze Level coach, Kayla is also available for lessons if requested. 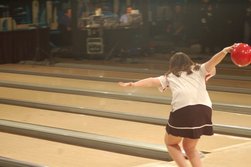 Danielle grew up Hilversum, The Netherlands (about 20min outside of Amsterdam) where she played various sports growing up. At the age of 10, she decided to really pursue bowling  and with parents who already bowled, the basics were quickly learned and scores improved rapidly.

After high-school Dani went to school to become a physical therapist. but because The Netherlands doesn't do college sports (at all), combining bowling at such a high level with school was a challenge. Two years into her education she decided she wanted to pursue both of her careers in the USA and joined the Nebraska bowling team in the fall of 2008. Right out of the gate Danielle and her teammates won the 2009 NCAA National Championships while bowling live on ESPN2! The fall of 2009 is when Kayla joined the Huskers and their friendship began. In 2011 Dani graduated from Nebraska with a degree in Sociology but decided she wanted to finish her PT degree in The Netherlands. After visiting the US a few times in the following years, she graduated as a PT in The Netherlands in 2013 and on her last visit to the US she decided she wanted to stay for good. She successfully completed the JayHawk Drilling class in 2014. Dani won the 2014 USBC Women's Championships Singles title (754) as well as the 2015 Illinois Queens Tournament. She also excelled at the 2015 Women's State tournament, winning the scratch singles and all-events titles.  In March of 2016, Dani and Kayla both became USBC Bronze Certified coaches. 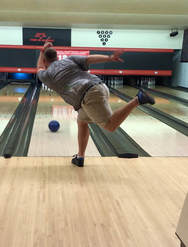 Steven joined the Perfect Angle team in the fall of 2018. After picking up bowling only 5 seasons ago,
you can tell he is a very athletic person as he has already worked himself up to a 196 average.
Growing up in Pekin IL, his dad is the one who got him into bowling. Steven also enjoys playing softball in the summer. He currently bowls in 2 leagues and bowls plenty of local tournaments.

​His goal is to get a 200+ average! Besides working in the pro shop, Steven works at i3 Broadband full time as an installer. His favorite ball currently is the Ebonite Affinity!!

Click on any of the images to get redirected to the official websites of the amazing companies we are associated with!


Making an appointment works best to allow us to give you the best customer service,
​so give us a call to set up a time that works for you!